Corocraft and Jewelcraft - Coro jewellery in the UK.

It has always puzzled me - why I have sourced plenty of vintage jewellery signed Jewelcraft. But very little marked Corocraft. When Corocraft was the biggest seller for international company Coro. In the sixties I can remember that most of the jewellery that I came across was Corocraft. My only conclusion is that many pieces were unsigned and sold only with a pad, tag, card or box which were named.
Both Jewelcraft and Corocraft were the names used by US company Coro. In the sixties, they were the biggest selling company of costume jewellery in the UK.  Exquisite jewellery by W A P Watson being the second. 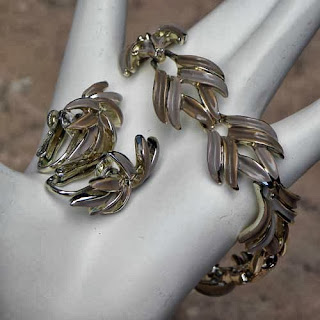 Looking at information for Coro in the UK. This is what I have found out so far...

Emanuel Cohn, a New York business man founded the Coro empire in around 1902 and called it E Cohn & Company. In 1904 Carl Rosenberger became a partner and the firm was renamed Cohn and Rosenberger. However Cohn disappeared and in 1911, his family sold their share to his partner Carl. He was responsible for the growth; and by combining his and Cohn's name - Coro was born.
They had started with one sale's room in New York. From there they welcomed their wholesale customers. As the business grew, taking on more salesmen, each was assigned to territories. Jewellery samples packed in large trunks were shown to jewellery and department stores across the United States.


In 1933, a show room was established in London, at number 1 Argyll Street, just off Oxford street. At the time the show room, was in a warehouse. Famously the street also housed the London Palladium. In fact it is recorded number 1, became number 10 Argyll street, which was right next door to the theatre. Managers White and Barber took control and supervised the showroom. How long the showroom was in situated there is as yet unknown. Did it escape the ravages of the bombs dropped in that area in WW2? Did the company move to a larger premises in the 60s? 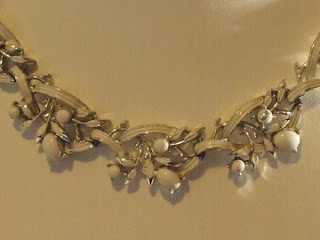 From 1933, Coro wanted to build a factory in Sussex. They planned to sell jewellery across Europe from this base, but faced firstly a court case with Ciro Pearls and then the war. It was 15 years later in 1948 that their plan to set up a base in England succeeded. The court case with Ciro Pearls took many years to resolve. Ciro (a UK company) did not want the US company to use the name Coro. It was too similar, eventually after years of wrangling Coro agreed to use only the name Corocraft & Jewelcraft in the UK not Coro. So in 1948 production of Corocraft eventually got started. 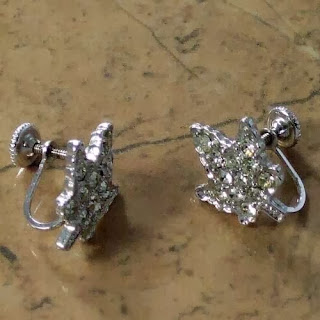 Corocraft was Coro's high-end range. Many pieces were in sterling silver with a gold plate, particularly during WW2 and in the 1950s, when other metals were in short supply.
The Sussex plant was involved in all areas of production - that is apart from the production of the main molds. Those were produced in the US. Hence Corocraft jewellery was produced in the US as well as the UK. But Corocraft was primary designed for the English market. So from 1933 to the seventies it became the highest selling range for Coro. 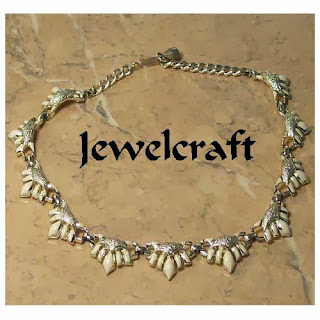 Jewelcraft branding by Coro had started in 1920s in the US. It was produced in England and was sometimes signed "made in England". The brand Jewelcraft is now owned by the company Gem-Craft. Gem-Craft was started by Coro's head designer in 1948. Gene Verri had been in employment since 1933 and with permission started the company that continued after Coro was incorporated into Richton and ceased in 1970. 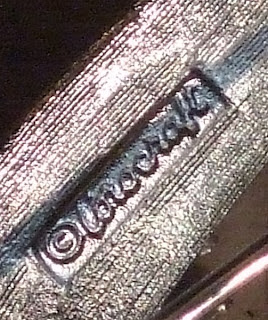 In the late sixties, Swarovski brought the UK part of Coro. They intended to market more costume jewellery in Europe. But this did not happen and within a few years, the plant at Sussex and the London base closed. 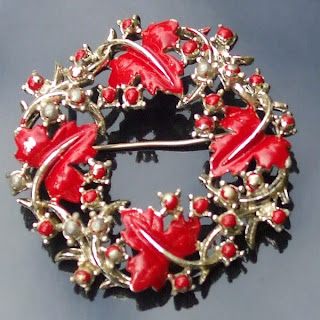 Today, vintage jewellery collectors will find many Jewelcraft signed pieces in the UK. In particular necklaces, brooches, earrings and bracelets.
Surprisingly their are less signed Corocraft pieces here. Mostly because they were produced unsigned and distributed on cards or boxes with the logo on. The gold plating on the Corocraft pieces has not stood the test of time and use either. Many of the pieces are showing rubbing to the plating. 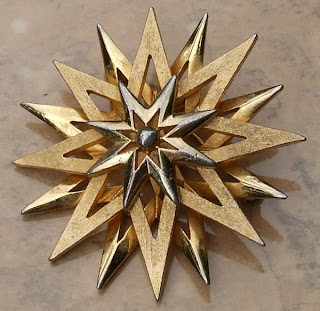 Coro signed brooches, earrings, necklaces, etc can be found in the UK. Having been imported into this country, but not in the huge and beautiful range as in the US. 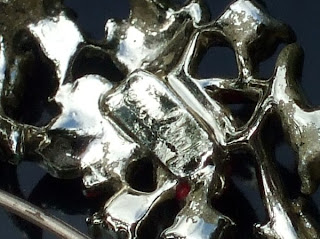 Jewelcraft signature - can be rubbed and difficult to read.

This is just a brief synopsis of Coro in the UK brought together from various sources. Including the excellent book by Marcia Brown Coro Jewelry: A collector's guide.
I would welcome more information from people employed by the company in Sussex and London with their memories. 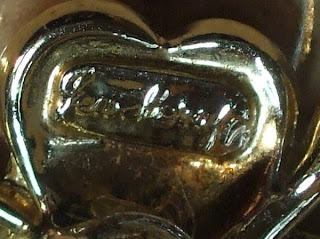