MASJ Jewellery and ornament information that we have sourced and collected produced by the designer Maureen Ann Story Jones or abbreviated to MASJ. Also under the brand Silver Scenes - Welsh pieces that are fabulous to own, collect and wear. Made in Wales - jewellery, ornaments and frames that are now very collectable.  MASJ jewellery History
Crafted silver plated on a pewter base, from Edward and Maureen Ann Story-Jones originally. Produced in the Mid Wales county of Montgomery shire from 1984 - 2017. The Silver Scenes range was started along with other giftware in 1984. The items are all silver plated on pewter, which gives them an antique finish. Well made and of high quality, making them very durable. Lacquered, so that they only need a light dusting o keep them clean. Just becoming vintage with the 1980s and contemporary 1990s. The pieces are usually signed and dated by hand. Early pieces are signed AND dated - later post 2000s pieces appear not to be. The company was taken over when the couple retired in 2005 and continued until June 2017, when the company folded. The new owners were Phil Wilson and Bill Whitby. The company sold beautifully crafted jewellery and giftware, including a range of frames, clocks, pillboxes and vases. Their logo is shown below and they used the branding line of "Today's treasures, tomorrow's heirlooms"
We are showcasing previously owned and vintage signed MASJ jewellery and accessories that we have found on our travels. 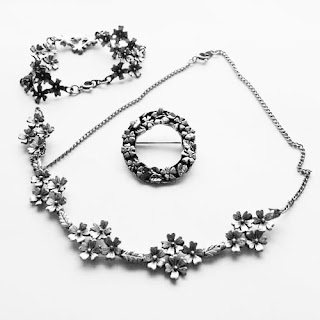 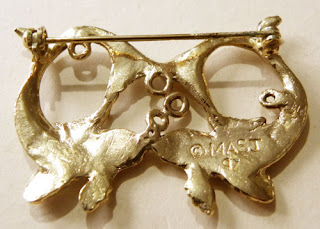 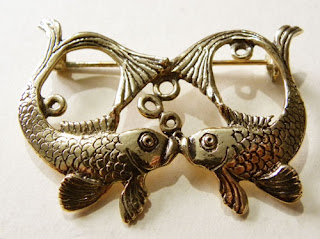 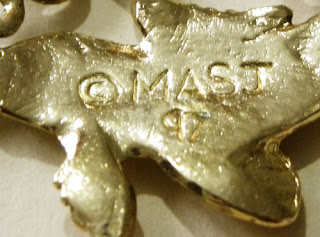 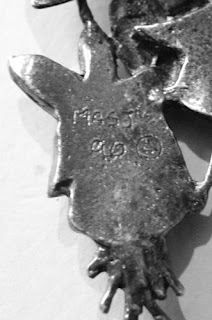 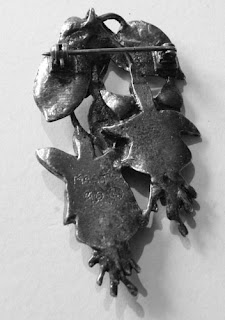 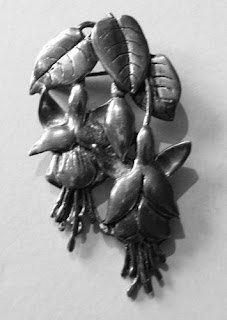 Fuchsia brooch by MASJ made in 1990. Written on the reverse. Pewter made. 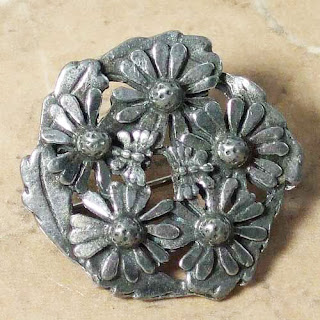 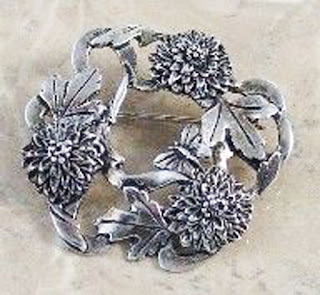 Dahlia brooch in silver plated pewter. No date stamp on this one so of a later date, probably in the 2000s.
Posted by Sue at Monday, January 20, 2020