When you wear or collect vintage jewellery it is very useful to be able to identify 20th century jewellery and what era it probably came from. One good book to help is called 20th Century Jewelry: The complete source by John Peacock.
A large but relatively inexpensive book that is filled with some great information. For once it does not focus on photographs of vintage brooches, earrings and necklaces as well as other forms of adornment. But actually looks at the different shapes and designs used in each 10 year decade. Illustrated with designs rather than photographs. 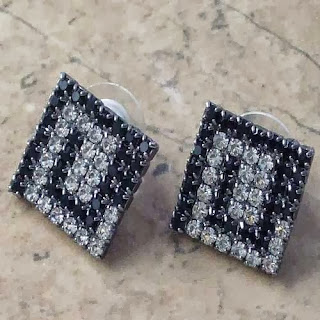 The book starts from the 1900s with Art Nouveau forms of jewellery. Dragonfly brooches and lapel pins of pearl. It shows brooches, earrings and necklaces with pendants, bracelets and rings. It also has buckles and shoe clasps as well as hair ornaments of combs and pins. 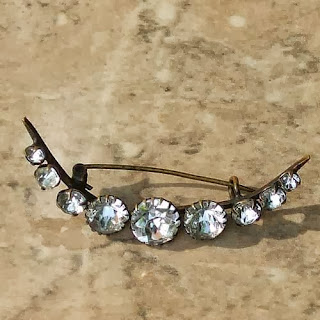 Then onto the 1910s with long dangling earrings, sautoirs, necklaces and the start of the Egyptian themed pieces. Buckles were used extensively on belts and on hats for decoration. Hair ornaments were worn low on the fore head and jewelled bags and watches were in fashion. Mens jewellery were chained enamel cufflinks and tie pins.

Moving into the Art Deco period with machine styled and angular designs. Then onto the 1930s to 1940s. In the 1930s dress ornaments were used on long dresses and to add glitter with decoration on the back of plunge backed dresses. 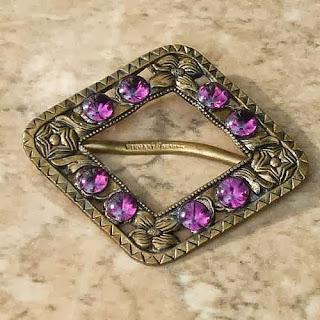 Post and pre war jewellery of the 1940s to 1950s became more elaborate and slightly larger in style. Pearl necklaces, bracelets and earrings were very much in fashion. Frivolous novelty jewelry with dog brooches, flower basket and Chinese designs. the Carmen Miranda influence was seen in bright lemons, orange and fruit designs. In the 1950s to 1960s brooches were used extensively on clothing, Necklaces were very drape with multiple strands in bright colours. 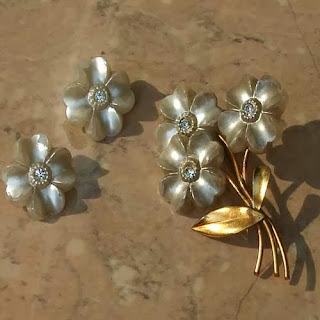 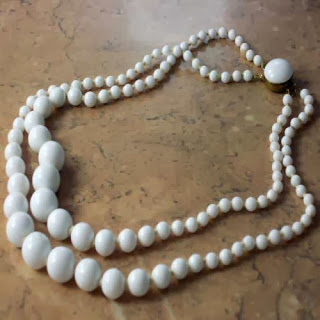 When the 1960s arrived fashion became adventurous and exciting. All sorts of materials were used. Pop groups influenced jewellery and necklace pendants became bigger and bolder. With shoulder duster earrings and cocktail rings. It was a decade of decadence. 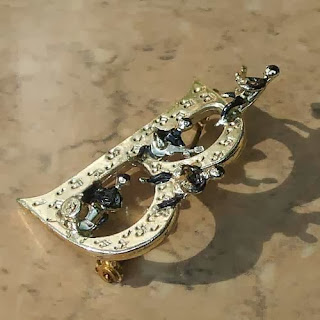 1970s to the 1980s were eras of change and experimentation. With chunky chain link necklaces and all gold or silver colours and mens jewellery becoming more flamboyant. Into the 1990s the big and bold styles continued with bows and pearls a favourite. 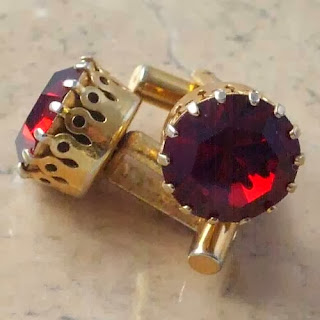 At the end of the twentieth century crosses come back into fashion with layered necklaces and a classical modern approach applied.

The book is very useful for recognizing the many eras and styles, well worth obtaining.
Posted by Sue at Sunday, October 13, 2013