Fire at Land Rover on Friday 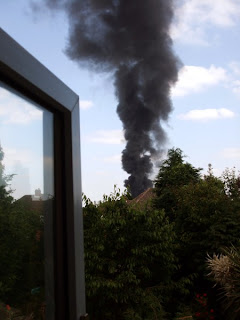 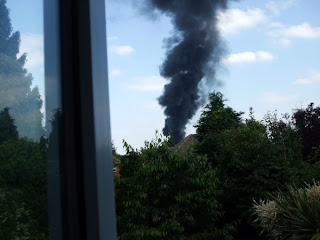 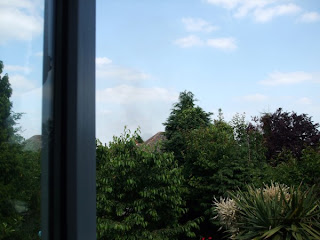 Alarms were going of an fire engines were heading toward the Land Rover plant which is just up the road from us.
The photographs are the views from our bedroom window. The last one is just going out after about an hour

Not sure what was burning and so shut all the windows - yes it was a very hot day unfortunately. Remembered the plume slides shown in my masters in public health course and the ones from car tires on fire carrying carcinogens!!

Later hubby said that the news said it was a container on fire and about a 100 local people were evacuated.

Brings it home to you the chemicals and materials on our doorstep with potential hazards. Still would not have lived here in WW2 as the factory was a location known to the Germans and bombed regular. I think they made tanks, etc then for the war effort - but may be wrong
Posted by Sue at Tuesday, June 29, 2010