Is this Miriam Haskell dress clip

On a recent buying spree I came across this poor vintage dress clip. On looking at the construction my first thought was "Is this a Miriam Haskell dress clip from the 1940s"? So I brought it - I think it cost me less than 50p and took it home. Now it is much rarer to find anything from Haskell in the UK compared to the US. Especially 1940s Haskell jewellery. If it was by Haskell, then this dress clip was probably a present from some GI to an English woman during World War Two. Now I am much more interested in the history of costume jewellery than any designer stuff, but this one intrigued me because it was made during the war. 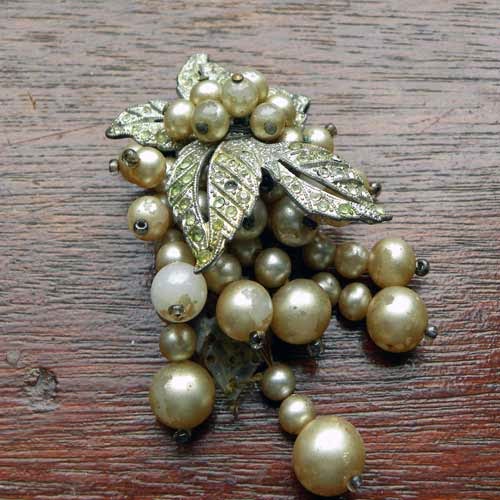 I love to collect jewellery books on different designers, ages and materials; and I just happen to have this book on Haskell jewellery in my collection. I would recommend it as well - even if you have no Haskell pieces. As it looks at the designs and different eras with loads of jewellery photographs. Its not a bad thing to read about all types of jewellery as it gives you a much more over view and education. Very handy when you are trying to date or identify many pieces. 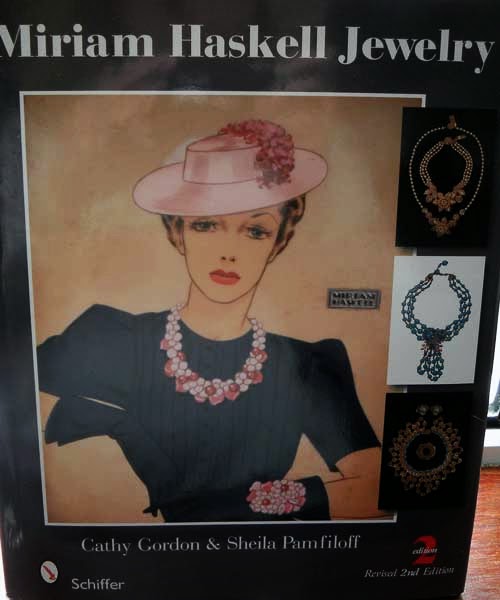 Back to this dress clip - well it is of faux glass pearl beads, some dangling and some arranged centrally. Then there is a pot metal leaf that has small diamante accents. The clip back is plastic with a metal clip mechanism. Here are a few "back" pictures that are very important when identifying jewellery. 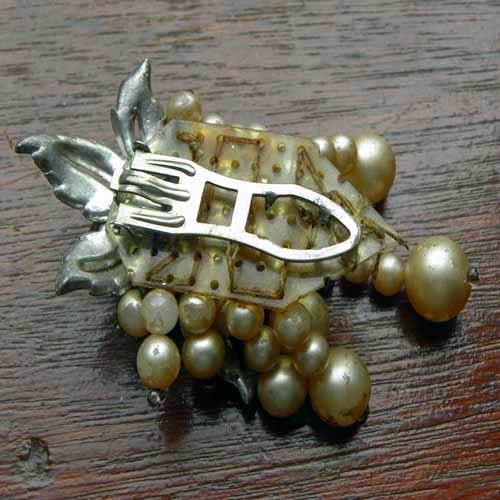 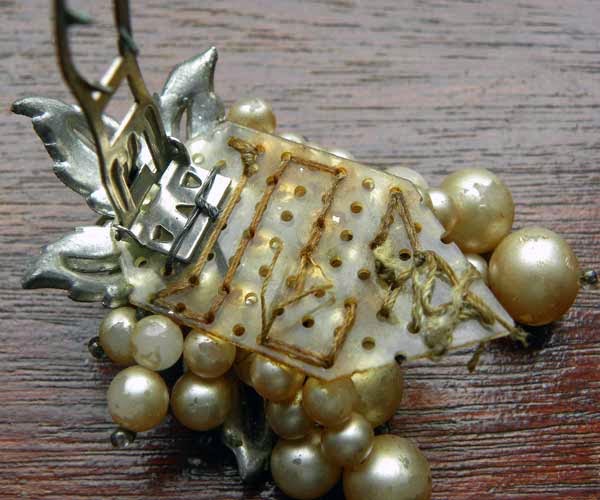 Cathy and Sheila's Haskell book shows not only the fronts but the back view as well - Hurrah. Much easier to see if the construction is the same - although the photographs are a little small for my eyes now!

Yes the construction seems to match with the plastic base and metal shaped clip that Miriam Haskell's company used. Couldn't find the actual dress clip but the book showed a similar construction but with blue beads. Sorry can not show the pages I looked at in the book - so you must buy it yourself and see. 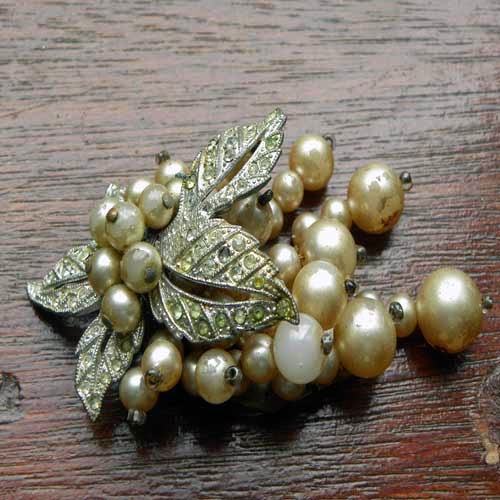 So I actually do think this is an early Miriam Haskell dress clip. What do you think? Yes its in bad condition and I have done nothing to it. No cleaning or repair. Yes I am keeping this one because its history and from WW2, so its not for sale. Might even have a go at restoration as I have enough glass pearl beads from that era to use as replacements.

Email ThisBlogThis!Share to TwitterShare to FacebookShare to Pinterest
Labels: Dress Clips, Is this Miriam Haskell jewellery