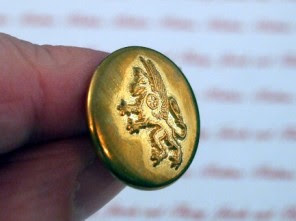 We have been buttoning it this week!!

Mark and I have been adding lots of packs of vintage buttons. All colours and styles in single quantities or larger amounts

The March issue of Button Lines arrived last week - The journal of the British Button Society. Full of interesting articles: cut steel and Suffragette buttons for collecting. If you collect or have an interest in buttons the society is well worth joining

Now have a growing mixture of antique and vintage buttons for sewing, embellishment, jewellery making, soft furnishing, craft projects and also some for collecting