The sunny weather this week has seen us rediscovering the greenhouse. We hacked through bushes and a few tree seedlings and there it was... A bit battered and in need of a good wash, but maybe this year we will have some tomatoes and a few cucumbers?

The poor old garden has been neglected over the last 3 years and I have really missed growing our own vegetables and fruit. But this year has been very different. New treatment has meant I can move a bit easier and help much more. Tomato photographs to follow...

You either like insect designed jewellery or you do not. My mother heard an antiques expert on TV say that it was a small minority of people that wore spider brooches or butterfly necklaces. I do like insect jewellery especially dragonfly brooches and have a growing collection.

In 1860 Victorians had a passion for wearing all things insect. This description taken from "Victorian Jewellery" by Margaret Flowers (first published in 1951) says it all

"More remarkable was the vogue for insects. Mr William d'Arfey in Curious Relations mentions that in the late sixties 'Bonnets and veils were covered with every kind of beetle; that at least was the beginning of the mode, but it soon extended itself from rose-beetles with their bronze and green carapaces to stag beetles...Parasols were liberally sprinkled with ticks, with grasshoppers, with woodlice. Veils were sown with earwigs, with cockchafers, with hornets. Tulle scarves and veilings sometimes had on them artificial bed bugs...' These insects appeared on necklaces, bracelets and earrings, as well as on veils and parasols. Flies of gold, coloured with enamel, were set under crystal to form jewels. Butterflies, dragonflies and beetles in gems were worn as brooches and shoulder knots. Bees too, were fashionable, some people thought because they were the emblem of young Prince Victor Bonaparte, who was a great favourite in Paris society"

When I first read this paragraph - it just conjured up images of Victorian society. Then thought I really would not recognize half these insect species!

Here are a few insects in jewellery form on Jewels and Finery with bee brooches, ladybird brooches and dragonfly brooches available. 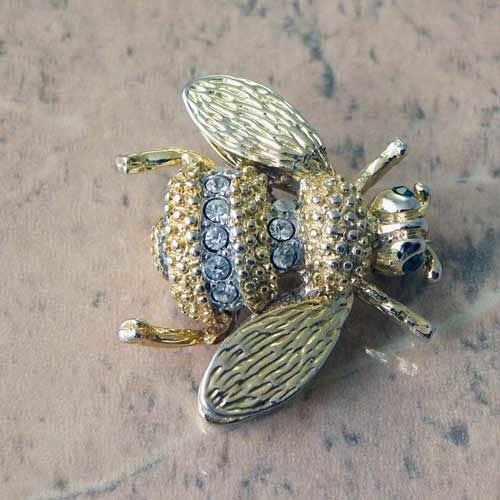 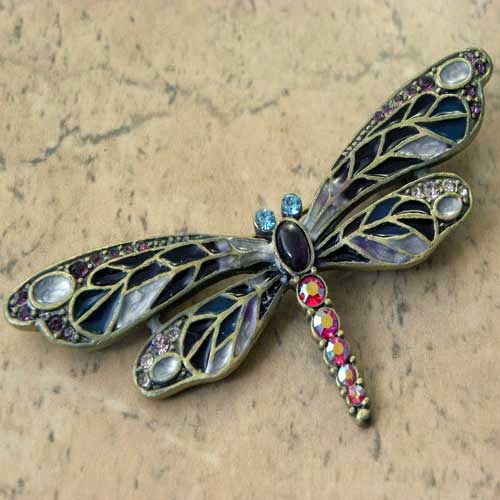 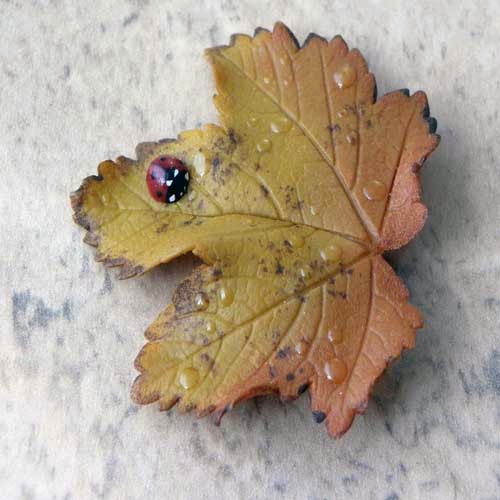 Maybe not on veils today but they look great on bags, jackets and hats. Also can decorate a curtain tie back or in a shadow box. Jewellery does not just have to be worn.