Romantic cameos for the connoisseur

We do not only have many different sorts of jewellery but also new jewellery and one of our latest additions is a piece of romantic cameo jewellery that is from the Susie Carol jewellery and accessories collection. The Romantic cameo brooch will match with the Romantic lovers cameo necklace that has previously been released. All new and perfect to give as a gift. 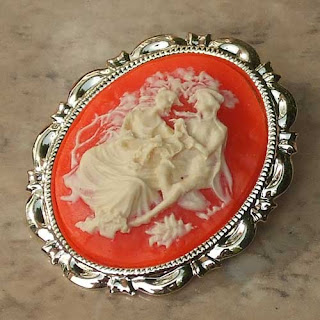 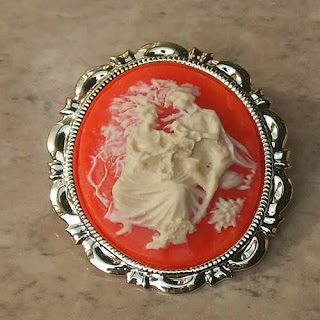 The cream cameo depicts a romantic sixteenth century couple seated together. It is on an orange background that represents carnelian. There is the brooch and the cameo necklace available in this pretty style. 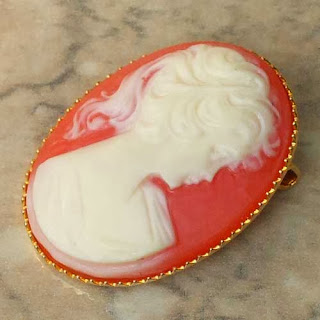 The cameo brooch is the Popular Goddess cameo profile onto a gold coloured setting.
If you are looking for a older cameo that is still romantic then have a look at this cameo brooch. 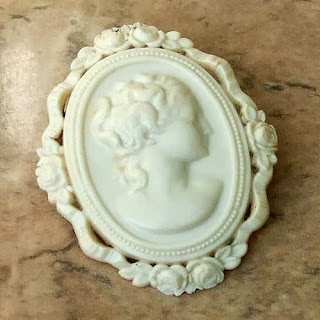 A pretty white rose onto a light powdered blue background cameo necklace is also available. Small and neat with a silver coloured pendant and chain. Also produced by Susie Carol and in a limited edition