What is the difference between rhinestone and diamante

What is the difference between rhinestone and diamante?

What is the difference between diamante, rhinestone and crystal? It seems today each term is used for the same type of simulated diamond style stones in jewellery. So lets look at each in turn.
Diamante – well those in the UK seem to use this term for sparkling stones in jewellery. Years ago it used to be only used for the sparkling sequin stones that were sewn onto garments to add sparkle. But somewhere between the 1950s and 1970s it became a household name for the stones used in jewellery. Today it is still used widely in the UK with various forms of spelling for example diamonte, dimonte and diamantes. Here on Jewels and Finery we use it for the less sparkling and quality jewellery we have, including acrylic diamante. 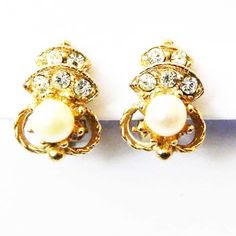 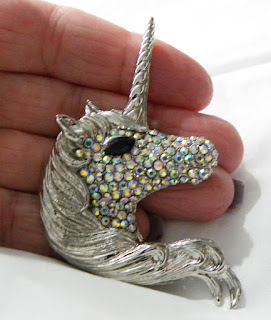 Rhinestone – this is the term used in the US for all sparkling stones in the past and even today. Large or small, pave, foiled backed or unbacked. The name originated from the Rhine in Germany, where rock crystal gemstones were found. In the eighteenth century, a manufacturer called Strass found a way to turn glass into shiny like stones called the totally original “Strass”.  Earlier in the seventeenth century glass with a high amount of lead, called paste was used first by the gentry. Afraid of getting robbed many people started to replace diamonds and other gems with paste. This lead to the fashion of paste and eventually the popular non precious stones or artificial gemstone use in jewellery. Paste reached its peak use in the late 18 century, because of Strass and his glass rhinestone invention. 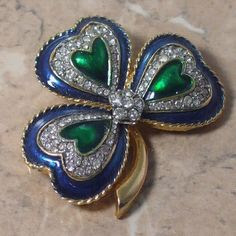 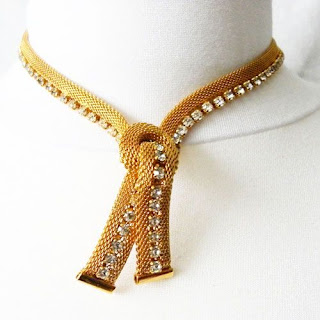 Crystal – Swarovski and the jewellery makers of Bohemia and Austria are responsible for this term. Crystal is just high quality and super shining glass rhinestones or beads. It is also called Austrian crystal or Bohemian crystal. In 1955, when Swarovski produced a coating to clear rhinestone glass that gave it that “oil on water” effect that soon became very much prized in the world of jewellery. Today the term crystal is used loosely for Swarovski crystal rhinestone of a huge amount of colours and coating finishes, with clear glass beads or above the shaped crystal used in this rose brooch – Swarovski made is the best available. 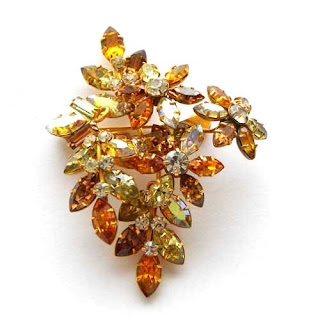 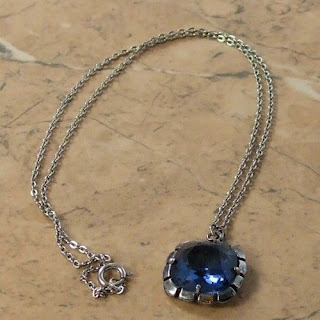 Swarovski glass pendant necklace by Exquisite has that wow sparkle that comes from Swarovski crystals.
Posted by Sue at Saturday, September 26, 2020