Eissenberg - 1914 - today. Started out as Eissenberg & Sons selling clothes and perfume. Jonas Eissenberg was Austrian but had emigrated to the US in 1885. However, they expanded and in the 1930s they started to produce the jewellery. First, the brooch was made to compliment their clothing range. They used rhinestone that was Swarovski and Austrian crystals. That gave a brilliant depth to their shine. Soon their jewellery was so popular that Eissenberg started to produce more under the label Eissenberg Jewelry Inc. In 1958, they stopped their clothing range to concentrate on the jewellery side. Artists such as Picasso, Caldar and Miro designed some of the enamel pieces.   Signatures include Eissenberg Original ( 1938 - 1942) Eissenberg Original Sterling (1943 - 1944) Eissenberg Sterling (1944 - 1948) E (the 1940s - 1950s) Eissenberg Ice - in block capital letters ( 1949 - 1958) Eissenberg Ice - in script (1970s) Eissenberg Classics - to today. Many pieces including the early ones are not signed. Also, the marks overlap. So dating and identifying can be a problem.

High-end jewellery much sought after and of high value. 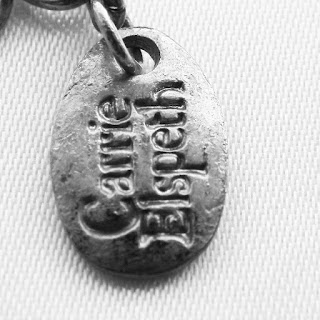 Emmons See Sarah Coventry. Emmons started in 1949 in the US by the same company C H Stuart Co. The jewellery was most of the times the same but marked differently. Sarah Coventry name became the mainline selling at home parties. Marked signature Emmons. See Sarah Coventry information for more info. Empire Made - Mark used by British companies in Hong Kong in the fifties and sixties under the Empire flag. G and Co? mark on a bracelet unknown with Empire made marking. 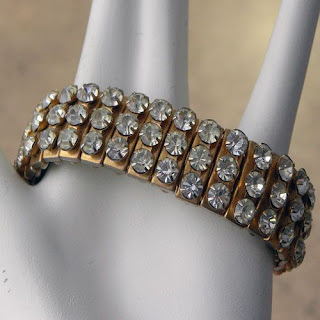 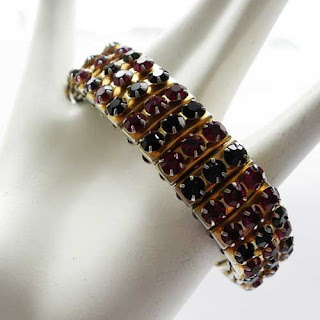 Empire - Not to confuse with Empire Made - see above. Empire (US company) writes the signature in a script. This is usually written on boxes with unsigned jewellery. It is higher end pieces probably by Juliana - 70s and distributed from the NYC & Providence areas)  Exquisite -This was one of the ranges produced by Watson Group Ltd. Originally started by W A P Watson (Walter Archibald Parker) a gilt chain maker in the late Victorian period to the early twentieth century. He sold gilt chains in the Jewellery Quarter in Birmingham. In 1914 WAP Watson went off to WW1 and sold his business to Augustus Power and Clarence Flint. They kept the founder's name and continued to produce costume and a small range of silver only stopping to assist in war work as necessary for both WW1 (and WW2). It was possible that WAP Watson intended to return but he was injured and invalid out of the Royal Warwick Regiment in 1923. 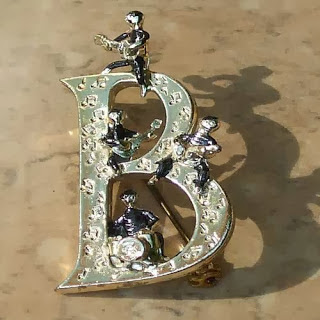 This Beatles brooch by Exquisite was produced under licence in the 1960s. Very rare and collectable piece of costume jewellery. With just 6 people, the family and friends orientated company produced imitation jewellery and also a range of souvenirs and collectables. With the buildings in the Jewellery Quarter becoming to small. In 1954, they moved to Solihull, just along Lode Lane down onto a 3-acre site in Vulcan Lane. In 1954 the company introduced "Exquisite Company" and instead of producing jewellery as a wholesaler as previous, W A P Watson's now started to produce their own named jewellery (and souvenirs) direct to the retailers. They continued producing imitation jewellery and souvenirs until the 1970s, where the influx of cheap jewellery from Hong Kong and other Asian areas made it difficult to continue. Many of the UK and worldwide jewellers were forced to close their doors in this period. They continued until 2007 when they sold their range of collectables called Tudor Mint to the Xystos Group. W.A.P. Watson was also responsible for Mirella, which was named after an employer in the 1950s and Myths and Magic fantasy collectables.  Exquisite jewellery is unsigned pre-1955-ish. I do know for definite that up to 1953 - no jewellery was signed. Following that some were just on a padded card or un-padded card/boxed and unsigned and some pieces were signed. Particularly the necklaces were not always signed. One trademark used by the company is the small bow tag on necklaces and bracelets. The range is huge, floral and leaves were produced in many different finishes. Much hand-painted enamel such as the Birthday Series. Souvenirs such as the Luck White Heather Scottish range of brooches, earrings, necklaces, bracelets, scarf clips and rings.  Novelty and souvenir such as the Royal celebrations. Butterfly wing jewellery (well they were in the Jewellery Quarter when this technique was first invented there) faux semi precious stone jewellery, the list is endless as at their highest peak, they produced 20,000 pieces    Early pieces can be identified by the type of mouldings, fastenings being riveted and signature. Also quality - a MOP and AB garland, brooches were produced over a long period but the earlier brooches are of a much thicker MOP. We have undertaken continuous research into the Exquisite and Mirella range. We are responsible for much of the information available on the Internet as before many thought the jewellery by WAP Watson had been produced in the 1950s and 1960s.   For more Exquisite jewellery range - see our other blog posts. 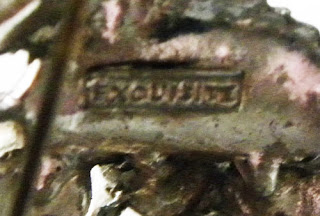 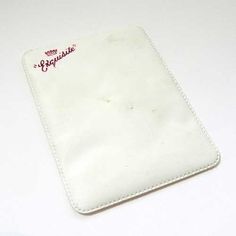 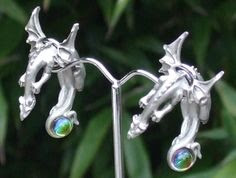 Fisher Alexander (1864 - 1936) Internationally famous enameller of the Arts and Crafts period.
Fordham Montague - Took over the Artificer's Guild and director of The Birmingham Guild of Handicrafts. Husband of Edith Dawson. Arts & Crafts designer. Frey Michaela - Vienna enamel artist founded her company in 1951 in Austria. She made beautiful enamelled jewellery. Brooches, bracelets, bangles, earrings, etc. The international company is now under the ownership of Friedrich Willie, a partner in 1972 who took over sole ownership in 1992. In 2002 the company became known as FREYWILLIE.When Michaela died in 1980. The company continued with the artist Simone Grunberger. She along with her team continued to use the fire enamel technique to create a line of jewelry seen today. Since 1995, they have continued to open shops across the globe  The company is known in the international airport stores as well as shops world wide and selective stores. Michaela Frey's early made enamel jewelry is highly sought after. Worth collecting as this fine enamel technique is excellent and prices will rise in the future. Florenza - This New York company started out in 1940 to 1981 and they trademarked some of their items from 1956. Originally they made a living by selling their jewelry wholesale and did not advertise it themselves. Florenza had only one designer - Dan Kassof. Not all of their jewelry is marked and some was sold under other companies such as Capri and Coro to name just two. Well made and often plated with 24 ct gold. Folly Kirks - from 1980s to 1st November 2014. Sold beautiful whimsical jewelry. US based company with fairy dust! 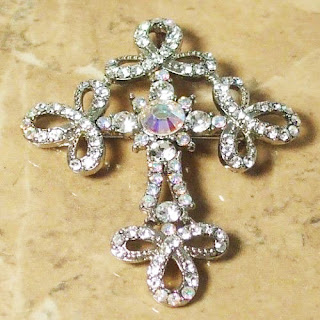 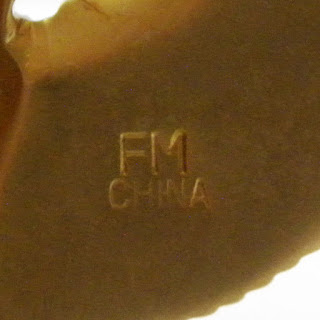