Stamps on the back of jewellery shows who made it and which designer it is. It can also tell you how old as certain companies used different stamps at different year ranges. Hallmarks were more used for gold and silver - this is not included in this alphabetically arranged directory. W A P Watson - See Exquisite for further details as this was the company that produced the Exquisite and Mirella range also. W A P Watson can be seen on the Gothic Tudor Mint range of brooches and key rings. Often in pewter and with a crystal stone (real and faux) as with the Tudor Mint range of Dungeons and Dragon series. Signed on the reverse in a  circular plaque. See Exquisite for more information. 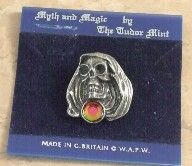 Warner Brothers - Copyright jewellery produced for the film company. Under Warner Bros marking.
Weiss - 1942 - 1971.Albert Weiss worked for Coro initially before striking out on his own. Excelled in the 1950s and 1960s, that had to arrange with Hollycraft to cover orders and demand. Produced some fabulous sparkling pieces on the par with Eisenberg. Famous for brooches in rhinestone, figural of birds, butterfly and fruit, Swarovski crystal earrings and much more West Germany - Western Germany jewellery signed pieces will only date between the years 1949 to 1990 when the republic of Western Germany was in existence. 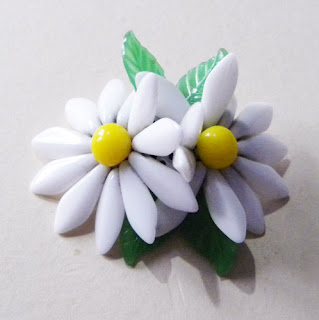 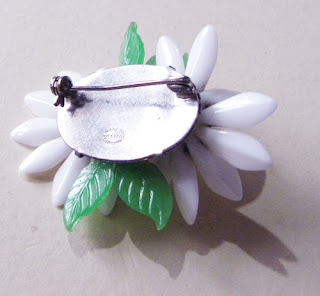 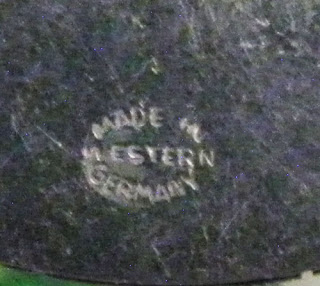 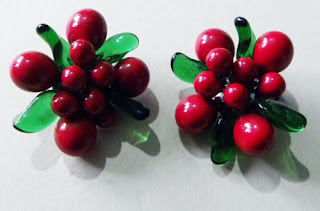 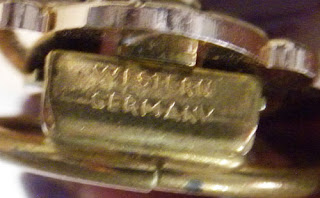 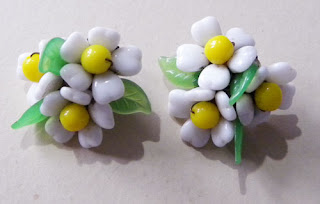 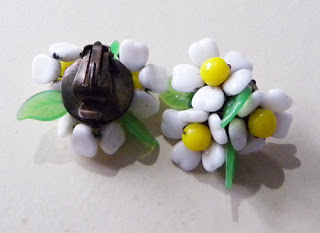 White Diamond - See Elizabeth Taylor jewellery
Willie Frey - see Michaela Frey information.
Wilson Henry - (1864 - 1934) Inspired by nature, Medieval and the Renaissance period and was part of the Arts & Crafts era. Used gemstones carved to fit his designs - unusual amongst other jewellers of this period.
Yves St Laurent   - see YLS jewellery mark on the reverse of his jewellery.
1928 Jewelry - 1960s to the present day (USA). Online shop as well as several outlets in California and a shop in Canada. Also sells to the Macey's Store. Sells their own antique and vintage jewellery inspired brands lines under various names includes "Downton Abbey, Signature 1928, Antiquities Couture, Symbols of Faith, 2028 and many more. Unknown and unidentified signatures - that we can not read to be shown soon.
Posted by Sue at Saturday, December 14, 2019